It is no secret that climate change is having an affect on Sydney residential life. Most seasons are unchanged except for summer, which is seeing increasingly extreme heat and more torrential rainfall.

A home is your family’s refuge from the elements, of which adequate roofing and insulation is more important than ever. A trio of difficulties are are rapidly trending upwards: temperatures, sea levels and extreme weather conditions. For modern Sydney homes, Southern Cross Roofing suggests that climate change be considered when designing or modifying any new home.

The Australian Academy of Science predicts the following trends in Australia to culminate in around 2030:

Australia is now seeing a worrying rise in extreme weather conditions caused by climate change. State of the Climate 2016 reports the following:

Here are some specific weather patterns to keep in mind as you plan preparations to keep your roof and home in solid shape despite the extreme weather outside:

In Sydney, summers are getting hotter. The need to keep homes and buildings cool gets placed under greater strain, especially during long periods of extreme heat. During such times, power failures become much more likely – with the power out, the air cooling stops, leading to great discomfort. On the bright side, there’s less need for heating during winter months. A well-designed insulation and roofing system can diminish the need to ramp up air conditioners or heating, thus using less power and producing less greenhouse gases.

Here are some other ideas to mitigate heat in your home:

Dealing with an increase in heavy rainfall

There has been a worrying increase in hailstorms and tornadoes, particularly across the southeast coast of Australia. Unfortunately, it is hard to know when high intensity rainfall events will strike.

To prevent moisture penetration, it is therefore prudent to prepare for the unexpected. Use this checklist to stay ahead of the game:

Consider impact resistant material for your roof. For example, steel roofs can take a much more  severe beating than terracotta.
Make sure that your roof is regularly inspected and maintained. Also make sure to inspect and clean your gutters at least twice per year.
Take special care with the detailing around roof edges to direct water in the right directions

If you want to go the extra environmental mile, consider collecting extra rainwater for irrigating your gardens.

Deadly bushfires are on the rise – protecting your home against flash blazes is of utmost concern. First, keep fuel loads and combustibles well away from your home. Second, keep your yard well-trimmed, making sure to clear away dry debris. Another good idea is to use metal instead of wood for perimeter fencing.

Here are some handy tips ways to lessen the risk of burning in your home:

Dealing with Increases in Severe Wind

High winds and the number of high-intensity cyclones is on the rise. This can place great cumulative strain on homes, which can render everybody inside vulnerable. Keep these tips in mind to minimize the risks of severe Sydney winds: 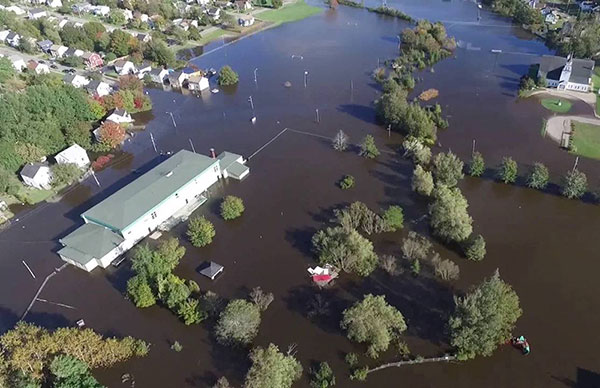 As rainfall increases, so too will flooding. Aside from the risk of water damage to the contents of your home, there is also the threat of weakening the foundations of your house.

The smartest way to avoid this risk is to avoid building a home in flood-prone areas. Other alternatives:

Australia’s coastline had remained stable for thousands of years. However, in the past 50 years, global sea levels have risen by an average of 1.8 millimeters annually.  Considering that around 85% of Australia’s population lives along the coast, millions are prone to storm surges.

Storm surges happen when severe onshore winds propel waves with greater force against the coast. This forces homes near coastlines to cope with a rising frequency of floods.

This problem has no clear solution: more homes are likely to be exposed to the effects of rising sea levels in coming years.

Protect your home against summer damage in Sydney

The result of climate change in Sydney is an increase in extreme storms and extreme humidity.  These fierce conditions can put a real beating on your home, and your roof in particular.

Intense rain, wind, hail storms and thunderstorms can do serious damage to your home. The best protection is prevention – use professional roofers only as a last resort. Keep the following in mind when preparing to protect your home against the elements during severe Sydney weather outbreaks.

Gusts of wind and raging storms can bring large branches and even entire trees. The best way to avoid debris crashing down onto power lines, cars or onto your house is to prepare ahead of time.

Take the time to inspect the trees at ar around your property. Look for loose or rotted limbs and insect infestations. As a second line of defense for suspicious trees, consider hiring a professional to either take corrective measures, or else handle a full tree removal. Make sure that whoever you hire is properly insured – tree removal can be very dangerous and unpredictable work!

Roof inspections should be carried out at least twice a year, and also after any particularly severe storm. Look for cracked, buckled or missing shingles. This can be done using binoculars from the ground.  Fix any issues promptly to avoid paying significantly more as the problem gets more serious over time.

Those living in hurricane-prone areas would be wise to invest in roof clips or hurricane straps.

Rain or floodwater penetrating into your home can ruin your furniture and do tremendous structural damage. Begin preventative measures by taking care to inspect and seal off cracks in the foundation and walls, and also next to windows and around the chimney of your home.

Also make sure to remove leaves and debris from gutters, so that rainfall can be properly directed away from your house’s foundations. If your home has a basement, protect against flooding by investing in a sump pump, ideally a model with auto moisture sensor detection.

Prepare for Power Surges or Outages

Severe thunderstorms bring with them lightning, the main cause of power surges. Any power surge caused by lightning is likely to fry your electronics and appliances. Surge protectors prevent such disasters.

In recent years, there has been an increased tendency (especially in outlying residential areas) of summer storms causing lengthy power blackouts around Sydney.

To prepare, stock up on emergency lighting and non-perishable food. If you wish to use a barbecue or a grill during blackouts for food preparation, make sure to only use them outside – the carbon monoxide gas emitted by such grills is undetectable yet lethal.

Conclusion: preparing your home for a harsh future

Climate change is real, and it is affecting homeowners all over Australia. The first step in making sure that your home is prepared for the elements is to consult with professionals like Southern Cross Roofing. We can inspect your roof to make sure it’s able to stand up to the elements. We’re also insulation experts and specialists in making homes as energy efficient as possible.

Get in touch today for a free consultation: let’s all do our part to cut down on energy costs and take better care of the environment.

Check out our roofing services: